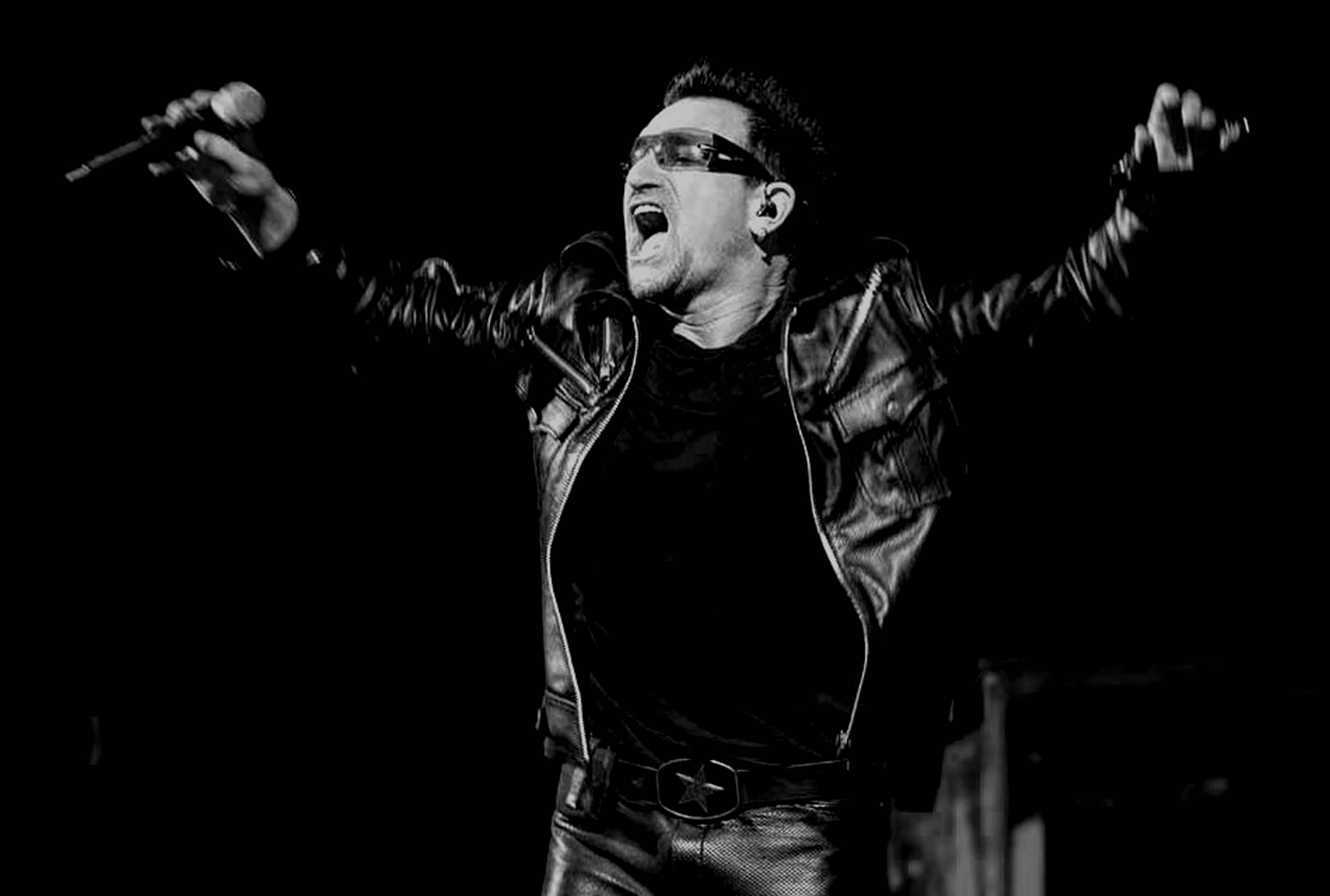 A personal story about filming and photographing U2.

A personal story about filming and photographing Irish rock group U2, four of the nicest men I’ve ever met who just happen to be in the biggest rock band in the world!

FILMING AND PHOTOGRAPHING ROCK GROUP U2

They say ‘you should never meet your idols’ because all too often after having met them in the flesh, your idealised image of them gets replaced by that of a nice normal person.

However, looking back at the time I worked with rock group U2, this was refreshingly true; especially as we now live in an Instagram influencing, social media liking world where talent can be small and egos are big.

Before I was a full-time photographer I worked as a freelance cameraman on a number of popular TV shows. One of the best working experiences I had, was when I got the opportunity to work with iconic rock group U2 on a television documentary called ‘U2 Uncovered’ with TV presenter Cat Deeley.

Filming for the ITV special involved spending time on the road with the megastars, as you can imagine, this was one of the coolest work experiences I’ve ever had.

The ITV documentary showcased the build-up and promotion of the band’s world tour with location filming taking just over two weeks. The finished documentary was a one-hour special and featured behind the scene’s of the ‘Vertigo Tour’ with presenter Cat Deeley leading the way.

The programme featured in-depth interviews with the band reflecting on their life from school days to becoming global superstars. It was an incredible opportunity because we had ‘full access-all-areas’ and I got to witness all that goes on, both on stage and behind the scenes.

The climax of the filming came to an end when I got to see the band in their element as they prepared for the ultimate high, performing live in front of thousands at The Etihad stadium in Manchester.’

Filming and photographing rock group U2 and getting to hang out with them during the making of the ‘U2 Uncovered’ documentary was a fantastic experience. Like with most people, U2 (at times) have provided a backing track to my life, from classic songs such as “One”, “Wild Horses” to anthems such as “It’s Beautiful Day” and “I Still Haven’t Found What I’m Looking For.”

With this in mind, I take immeasurable pleasure in the fact I have met, worked with and filmed one of the biggest and most iconic rock bands in the world!

On the first day of filming, I remember the producers and the ‘big wigs’ from the agency giving out overinflated strict instructions not to look at the band or interact with them in any way without prior consent and anybody that did not need to be in the room had to leave.

The band walked in ‘as cool as you like’ and each, in turn, came over and introduced themselves… First came Bono, arm outstretched to shake my hand, he said “Hi! I’m Bono, nice to meet you.” and I was like… “yer, I kinda know who you are… I’m Wes!” haha.

Bono, Larry, Adam, and The Edge are four of the most charismatic, incredibly funny, self-deprecating men I’ve ever met… They just happen to be in the biggest rock band in the world.

Filming and Photographing rock group U2 was ‘bucket list assignment’ that combined my passion for music with my love of photography and film.

During the interview Bono said,

“We shrink stadiums into clubs, we want to bring you closer to the song. It’s important that we brake down the barriers between stage and audience.”

He was talking about the importance of connection and this is something that still inspires me to this day, especially when storytelling and capturing emotion with my photography work.

Below is part 5/5 of the program that was aired on ITV in the UK, with my favourite clip coming at 7 minutes 21 when you get to see my name in the credits inline with the band. 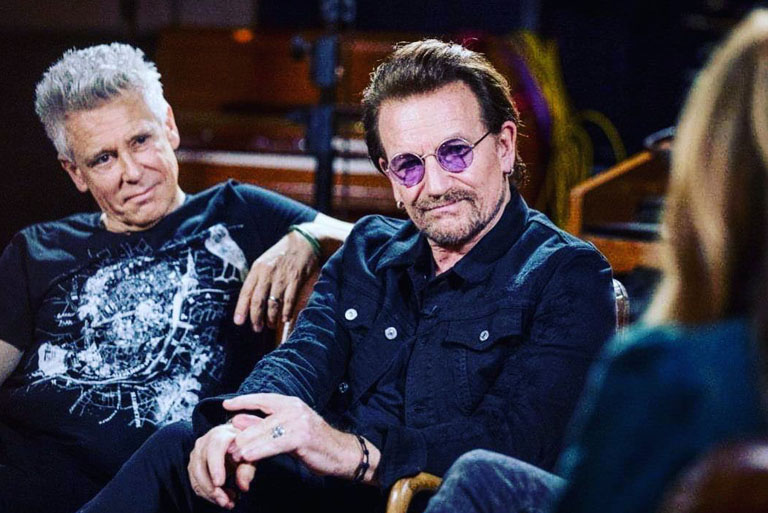 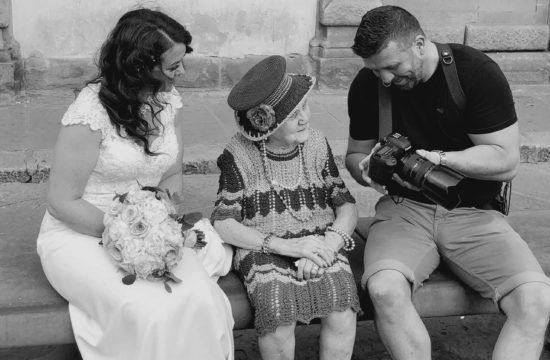 HOW I BECAME A WEDDING PHOTOGRAPHER BY WES SIMPSON

50 MOST MEMORABLE CELEBRITY WEDDINGS OF THE DECADE IN HELLO! 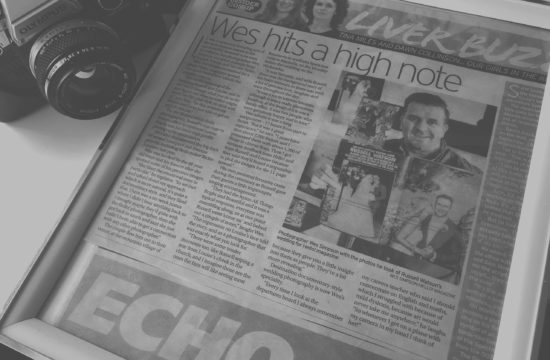